A number of presidents have had pets in the White House, and naturally that includes dogs. Some of the pets have captured a good deal of attention. Barack Obama had Bo, a Portuguese Water Dog. George W. Bush had Barney, a Scottish Terrier, and Bill Clinton had Buddy, a chocolate Labrador Retriever. 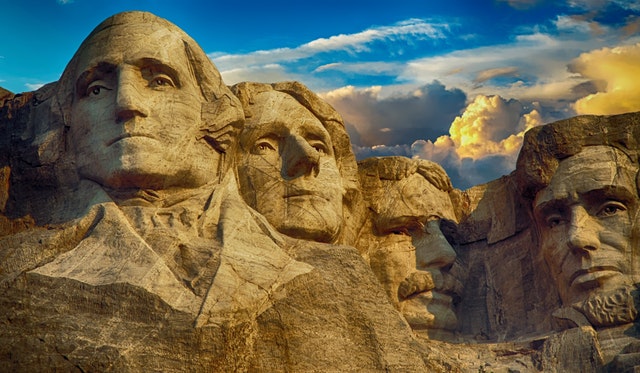 But many other presidents had dogs as well, and here is a little history about the pets of some of our more famous presidents.

Washington loved dogs – he had 36 of them. He especially liked hounds, which he often would use on fox hunts. He actually created a new breed of hound, combining his hounds with a French line, which survives to this day.

Here is an interesting piece of trivia – Buchanan owned the heaviest dog to ever live in the White House. The dog’s name was Lara and weighed in at a hefty 170 pounds.

FDR owned a Scottish Terrier named Fala. Fala is the only dog to have a statue of itself at a national memorial. There is a story about Roosevelt and Fala that received a lot of attention. It seems that when FDR went to visit the Aleutian Islands, he left the dog behind. Realizing Fala was not with him, he sent back a ship to rescue the dog at taxpayer expense, and was roundly criticized for it. In a speech later, he said, “You can criticize me, my wife and my family, but you can’t criticize my little dog. He’s Scotch and all these allegations about spending all this money have just made his little soul furious.”

Bush had two Scottish Terriers when he was in the White House. Their names were Barney and Miss Beazley. They were the first presidential dogs to have their own website.

One of the most popular names for dogs has been Fido. It is based on the Latin “ego confido,” which means “I trust.”

The first person to name his dog Fido was none other than Abraham Lincoln.

Nixon owned a Cocker Spaniel named Checkers, who became quite famous when Nixon mentioned him in a speech. In fact, the speech later came to be named for the dog. Nixon had been accused of having a slush fund when he was running for vice president in 1952. Nixon denied having such a fund, but went on to say that he did receive Checkers as a gift and was not going to give him back.

Give your dog the presidential treatment and board him at Barney’s Ranch when you leave town for the day or overnight. Your special pet will have the chance to run around as much as he wants in our huge (4,000 square feet) outdoor dog run. He’ll bark Hail to the Chief with gratitude when you return to pick him up!