What to Do When Your Dog Soils the Rug

There are many different reasons why a dog might begin to soil inside the house. It’s important to ascertain the exact cause so you know what particular course of action to take as far as treating it. 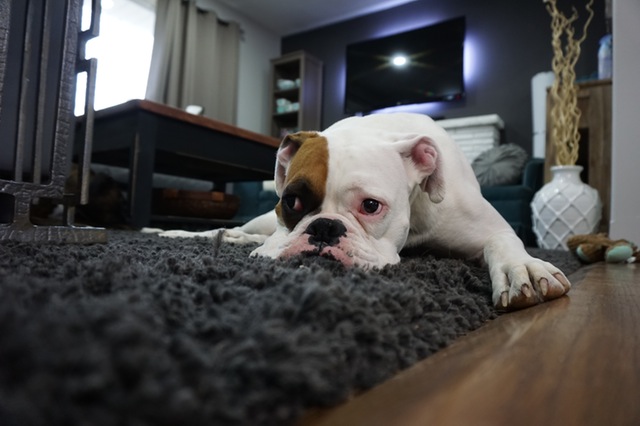 Why Your Pet is Soiling

In order to rule out a medical issue, you need to take your pet to the vet for an examination. If a medical cause has been ruled out, that leaves a behavioral cause, and there a number of these. It could be that you changed your schedule, relocated, left the dog alone for longer than he is used to, or changed the dog’s daily routine in some way. Whatever the cause, they all lead to the same thing – an increase in anxiety and loss of control for your animal, and that leads to the soiling.

Other possibilities are that the animal is incontinent or marking.

To retrain a dog that is soiling, you use almost the same techniques that you apply to house train a new puppy. However, that may not mean you have solved the problem completely because there are other factors involved, namely, that the odor may attract the dog back to same locations. Another problem is that soiling inside may have become a habit, a self-rewarding behavior, and that may also lead him to go back to soiling inside.

Another important element in treatment is establishing a daily routine for your dog, one that encompasses exercise, sleeping times, play times, and times to evacuate on a schedule that meets the animal’s needs. Your dog should never be allowed to go to the places where he has soiled indoors unless you are there to supervise him.

If you’d like to really reward your bet for successful retraining to ensure he doesn’t inside the house, bring him for a fun day away with other dogs in our 4,000-square-foot outside dog run here at Barney’s Ranch.  Contact us at (469) 273-1661 for more information.