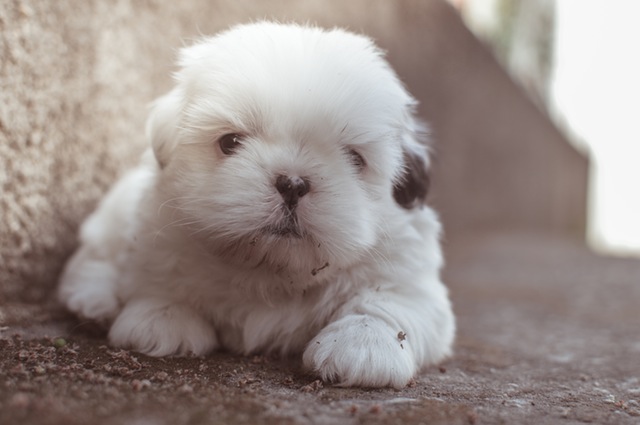 Mistake 1 – Not handling the animal every day.

Yes, they may pet their dog, hug him or rub his ears. But this is not enough. They have to get the animal used to being handled because at some point down the road, a health issue may require an owner to examine his pet more thoroughly.

This means getting your pet used to being touched anywhere on his body, whether it be paws, ears, or more private areas. This is something you should practice every day, according to vets. Take his paws in your hands and hold them, check inside his ears, raise his tail and take a look at his rump. Raise his lips and check out his teeth.

Checking your pet daily also helps you to get an idea of what your pet looks like when he is healthy, so it is easier to spot something that isn’t right.

Begin brushing your dog’s teeth as soon as you get him. The sooner you get him used to it, the sooner he will accept it as the normal thing to do. The same goes for trimming his nails. Just do one or two a day, and just take a little off at first.

It’s important to measure food for the obvious reason – you don’t want a pet that is overweight. But measuring is also important for young animals that are still growing, because too much food may cause them to grow too fast, which may put too much stress on the animal’s musculoskeletal system. This may lead to problems as your pet ages.

If you are new pet owner, you need to set a routine for your dog, so he doesn’t end up going in the house. Pick certain times during the day to take him out, so he gets used to the routine and knows what’s going on. Make sure not to miss a time. When you take him out, be sure to go with him so you can praise him for his good work. Then give him a little time to play.

Mistake 4 – Not giving a bath each week.

Baths are good for your dog because they get rid of allergens and other bacteria that can cause health problems. And, naturally, he is cleaner, making him more welcome to the furniture in your home.

If you’d like to board your dog here with us at Barney’s Ranch, we’d love to have him….so long as he is well-trained, well-behaved and gets along well with humans. Contact us at (469) 273-1661 to learn more about our daycare and boarding services.